In some precious moments, when you’re dealing with life, without any intervention from consciousness you find yourself shunted to run on a track you didn’t choose. If you can pretend you didn’t notice, and look away, things line up one after another in a magical, surprising way; you are no longer creating. Something else moves you, you are a desperately happy instrument, everything flows without friction. 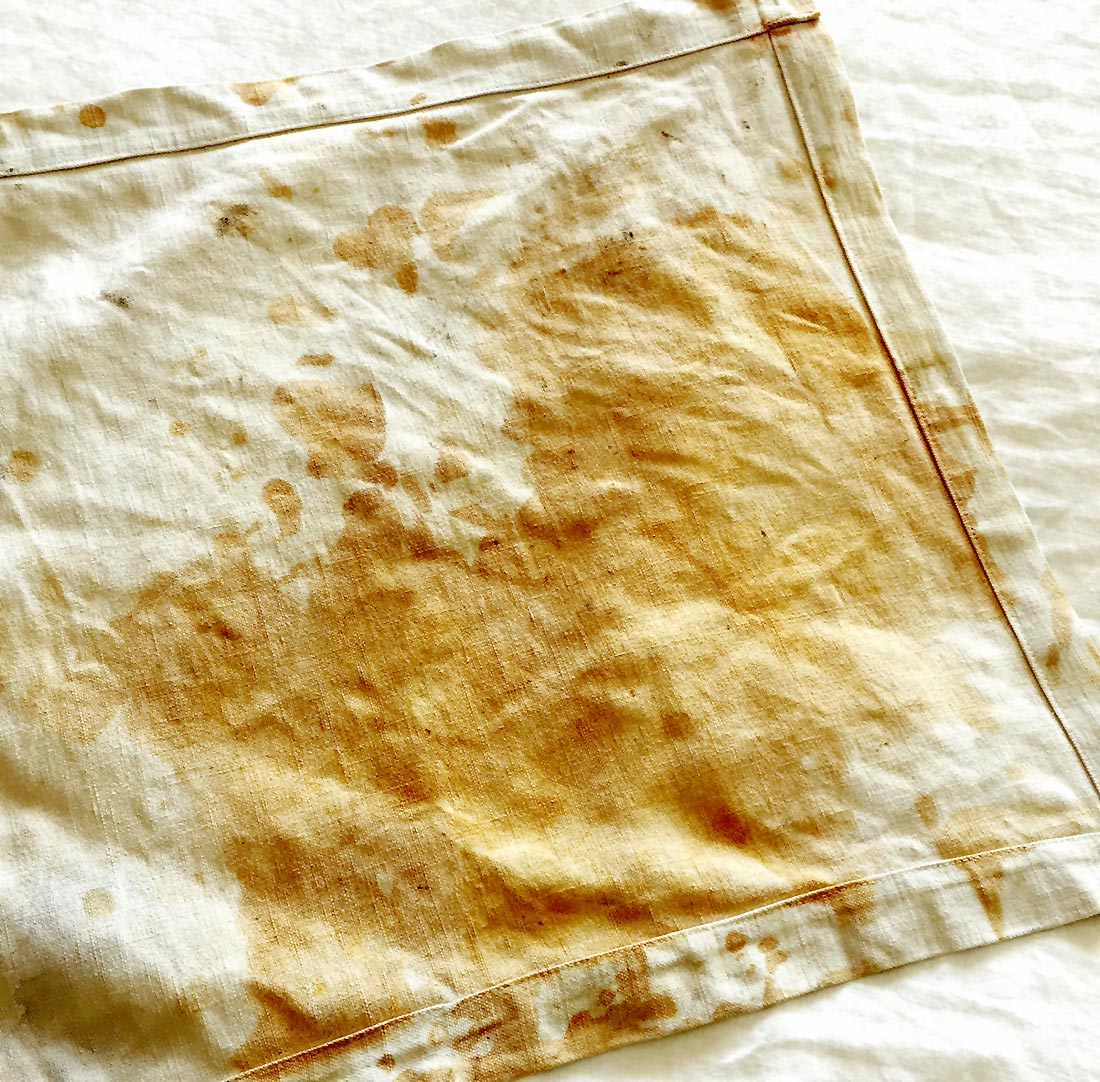 I experienced this feeling, for example, when I was taking dance classes: disconnecting the head was the only way to move fluidly; by stopping counting, the body tuned in to the music and did everything on its own. Another time, late one afternoon, lying sideways on my bed, the window open, my consciousness became rarefied, aerial. I listened to the people in the street coming home from work, and I felt the collective energy, of the people, the weather, the trees and the wind, feeling part of it. This very intense feeling changed my life, and extinguished many of my fears. I owned my individuality and at the same time I was fused with the universal energy, which was no longer around me, but was me.

Something similar is beginning to happen with embroidery. Some of them have taken unforeseen paths on their own; it had already happened differently with one of the very first experiments I did, but now it’s more out of my control: I just do what the needle wants, without protesting, without opposing, without suggesting directions. You can see that after so many hours of dedication, the mind understands that it can take a walk and gives up the reins. It is a truly wonderful feeling; finally alone, me and the world, without filters. 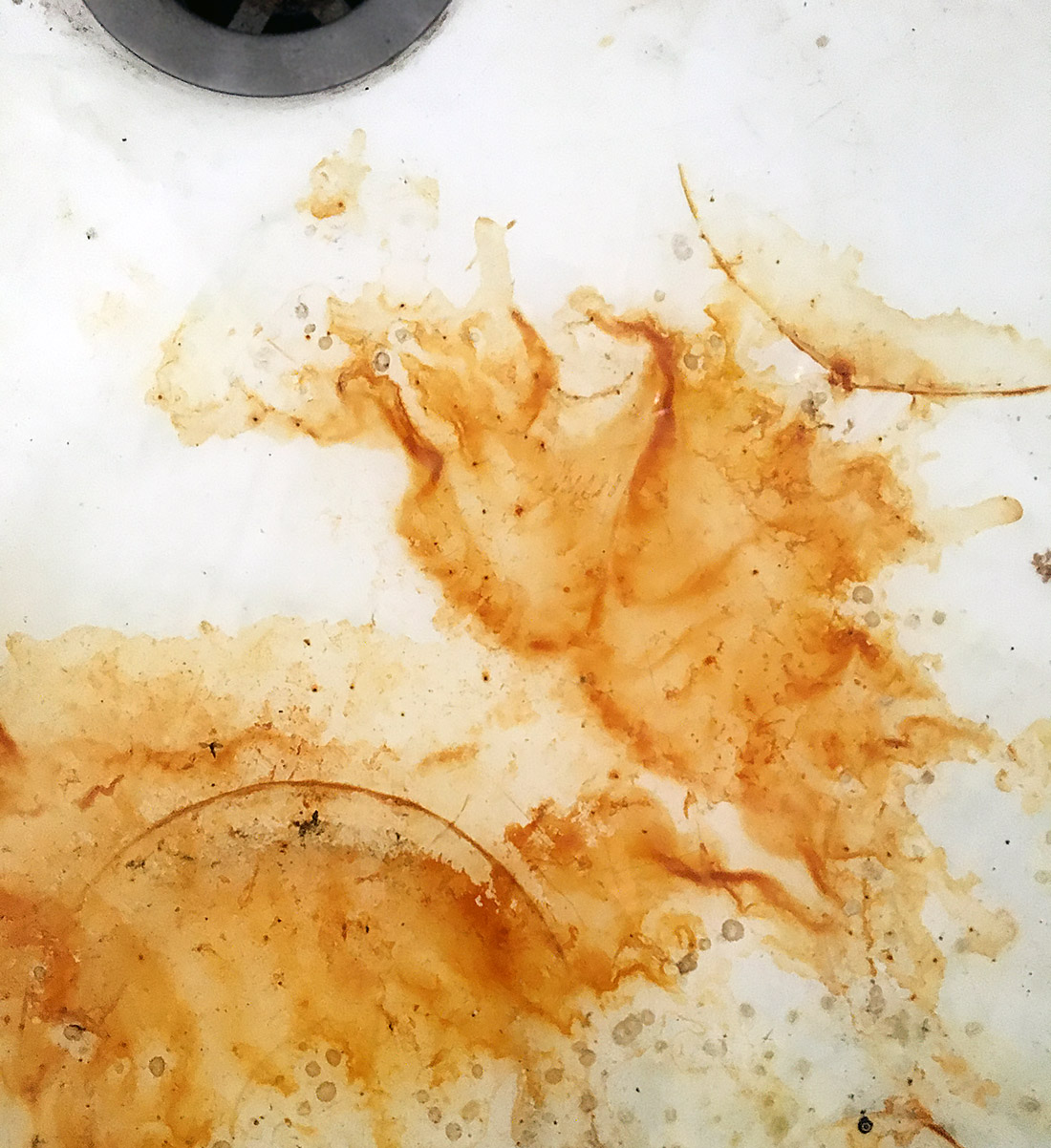 The archipelagos came about because of a carelessness on my part. I had left some granules of the iron I use for plants in the laundry room sink. Upon contact with the water they released a series of beautiful rust-colored stains on the enamel, and that’s when I thought I’d try this with fabric. I fished an old cotton napkin out of the fabric drawer, made from the sheet of a trousseau, placed it on the kitchen sink and sprinkled some iron on it. Then I wet it and left it there a couple of days.

When it dried it had a wonderful iron scent, like the one the ferries to the islands had when I went to the beach. The color seemed indelible, but to be on the safe side, I put it in the washing machine at 90 degrees, and from there into the July sun for a whole day: it didn’t break down one bit. 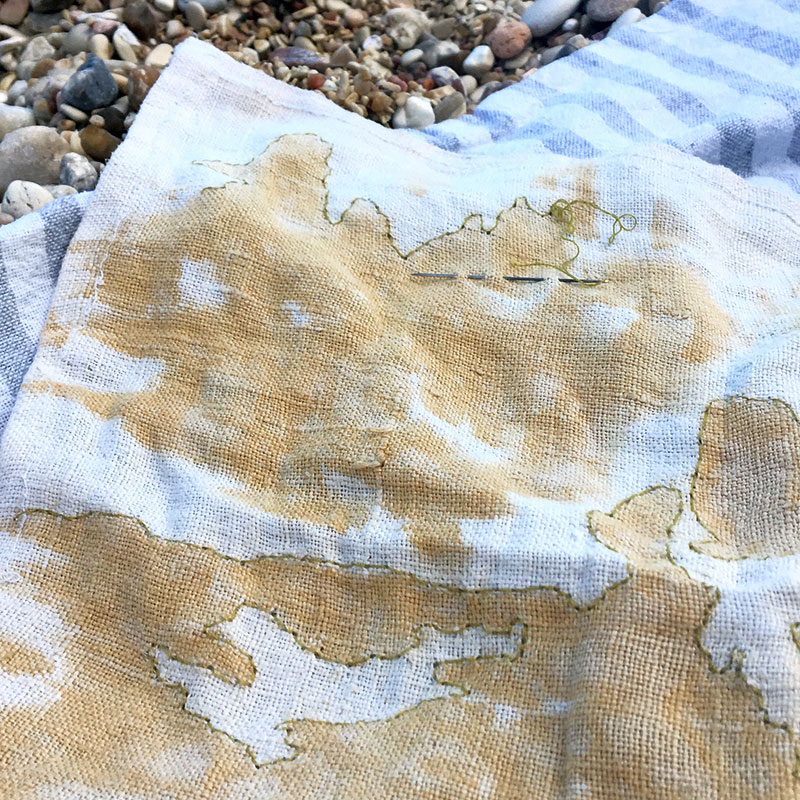 I followed the outline of the spot with a golden green thread, and then I went over it, as I always do, with the white thread, around it, casually, as if it were a light that makes it shine and at the same time protects it. And when I finally looked at it, I saw an island, the corner of a continent, a land emerging from the sea, a white and open sea.