Being part of the sea

At seven in the morning I opened the French window and went out on the balcony to see how the plants were doing. I pull off a leaf there, a twig here, check to see if the soil is moist, if there are new flowers or fruit. I look up and see my 90+ year old neighbor on the front patio doing the exact same thing I’m doing. There’s nothing I can do about it, I was born old. My passions in my fifties: embroidery, cooking, horticulture, gardening, old episodes of Columbus, being with family, writing, reading Carver and Chekhov, walking in the green, studying the various types of fermentation and the New Medicine. 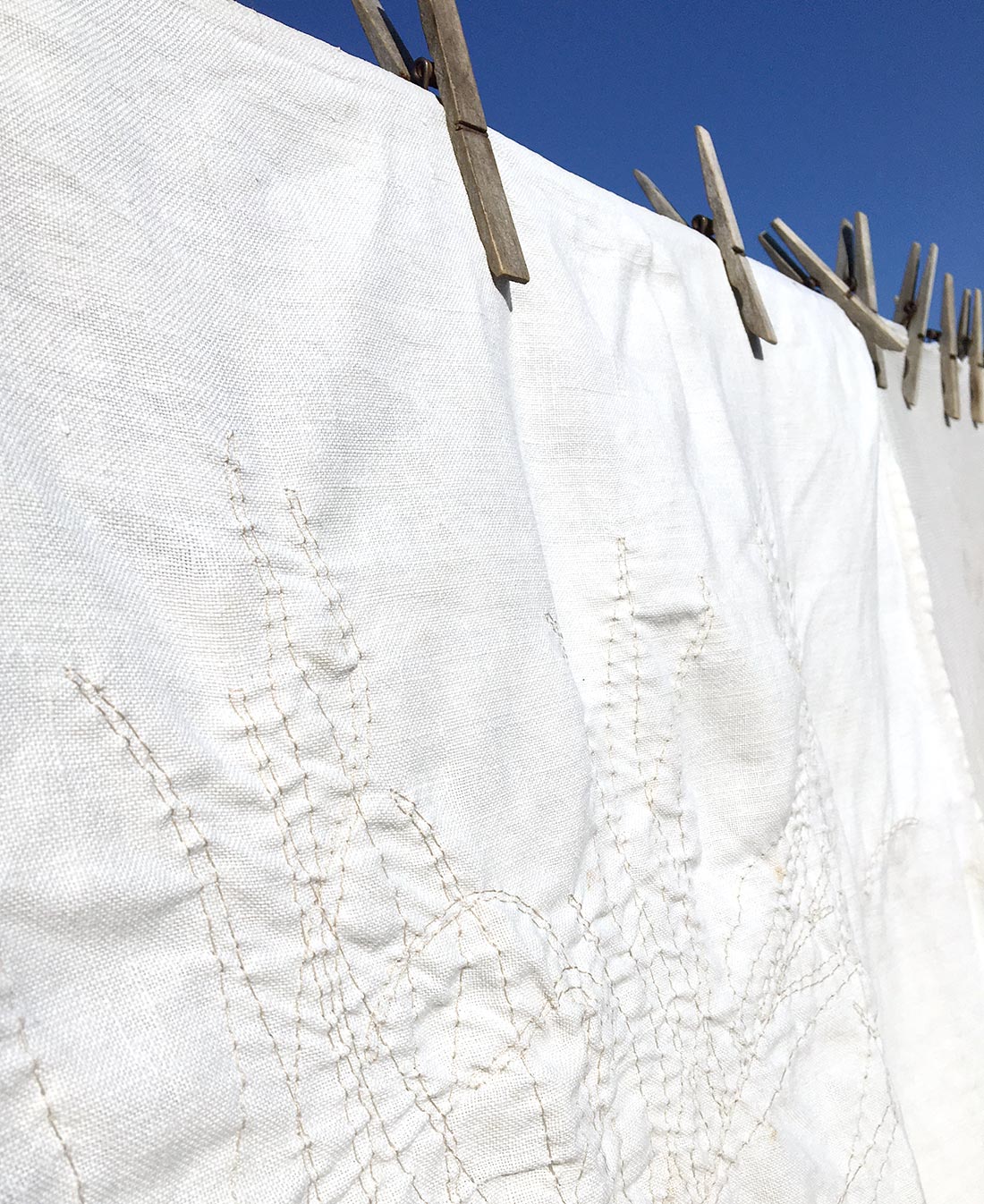 These days I can’t embroider for more than an hour a day, between organizing the bidding war to buy from small producers on Ammuìna, the incomprehensible news about the new, increasingly stringent and unconstitutional rules that are circulating on social networks (and thank goodness I don’t watch TV), and the fact that I can’t get up as early as I would like because I’m always late at night. But I’m happy because in recent weeks I have almost finished two new works (I had to leave them on hold because I have to order the yarn, I finished almost all the spools) and I started another one that I really like, with an abstract feel, despite the very real subject: a giant seaweed, a bit ‘squashed, which you see below; found on the herbarium of this site of a California university. 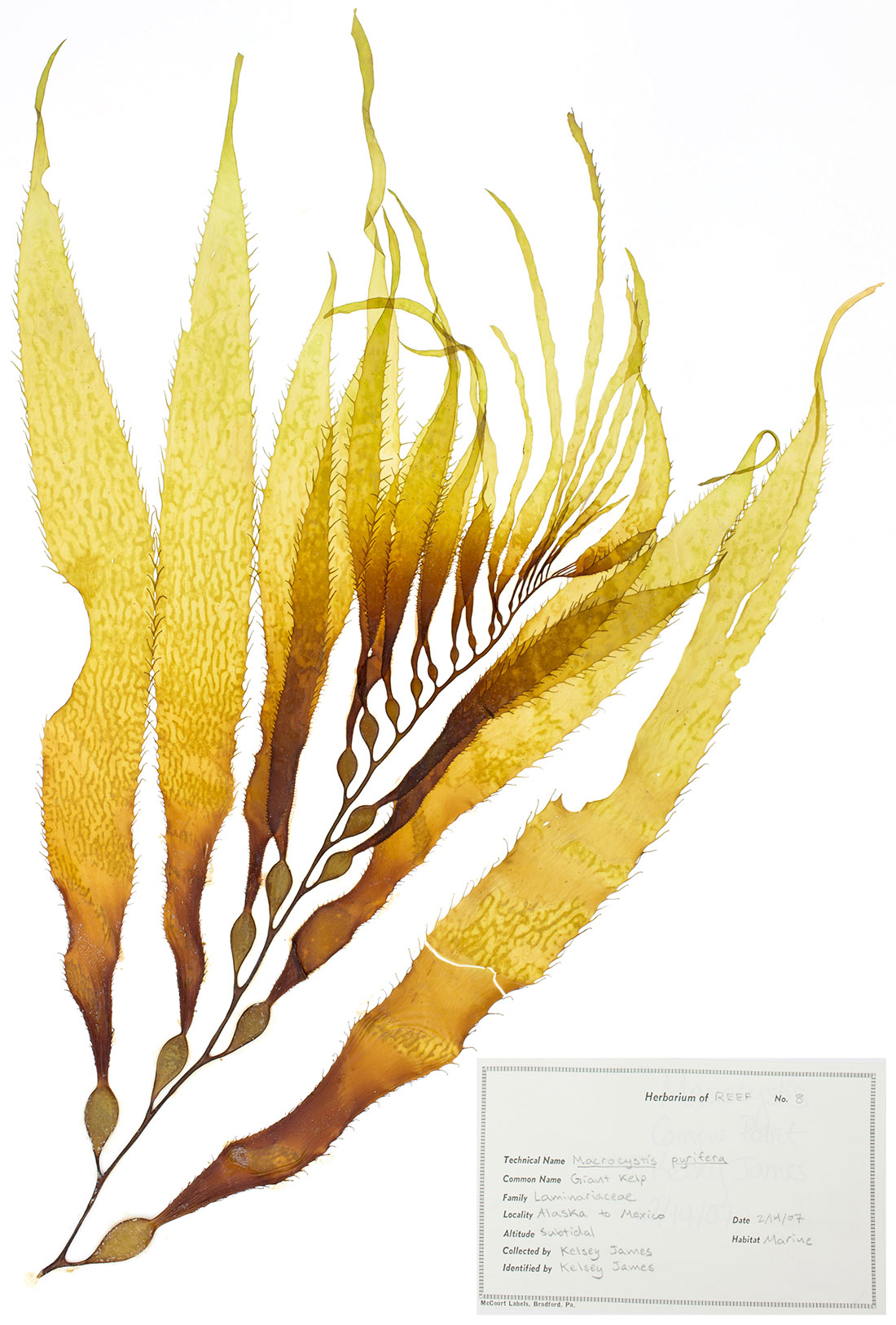 It is a Laminariacea that grows in the seas between Alaska and Mexico; in this crazy photo by Tom Boyd, a New Jersey photographer with a passion for marine conservation, you can see the algae alive, in all its beauty. It has huge lobes, all hanging off to one side, depending on the current, supported by rounded air-filled bladders. I don’t know how to describe my admiration for it all, my feeling of being a part of it. A teacher of mine said a few months ago “when you look at the sky, breathe blue, when you look at the trees, breathe green”. Well, maybe only this synaesthetic quote partly expresses what moves me. The sea, especially, runs through my veins, it makes me feel immediately safe when I’m close to it, even with the due respect that you bring to a shape-shifter of its caliber.

I always hope that what I feel for the subjects I draw on the fabrics, in this case an old kitchen towel, perhaps made of hemp, will somehow get caught between the threads, and that by passing a hand over it another fool will feel that energy, will be crossed by those shivers. In the image I started with, the seaweed is squished into a herbarium, passed from the preciousness of life to that of loving preservation, of meticulous cataloging (which for my stellium in virgo is about as attractive as it gets). Who knows how long this magnificent aquatic being will be able to survive without decomposing, preciously folded up in its admirer’s archive. 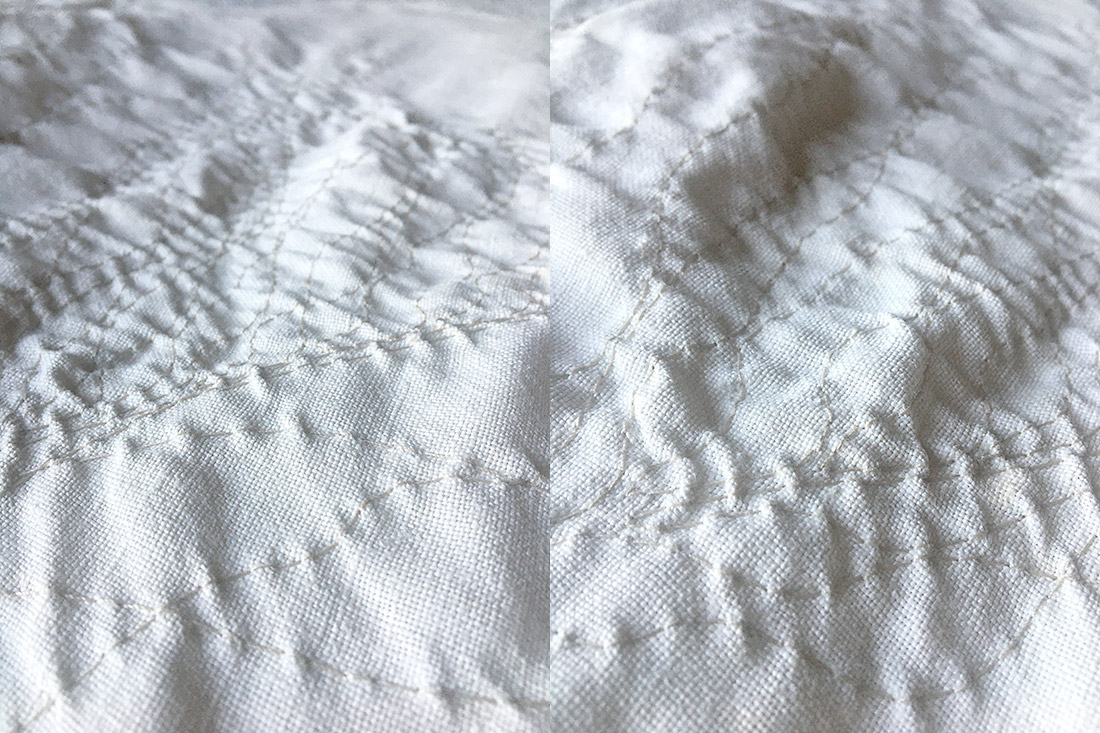 This time I started embroidering with the lighter thread, which I usually use for the second pass, in the hope of being able in the meantime to buy a very special tone of green that I had my eye on a few days ago. Unfortunately, I couldn’t do it for now, so I started with a blue; I’ll save that green for an upcoming seaweed. 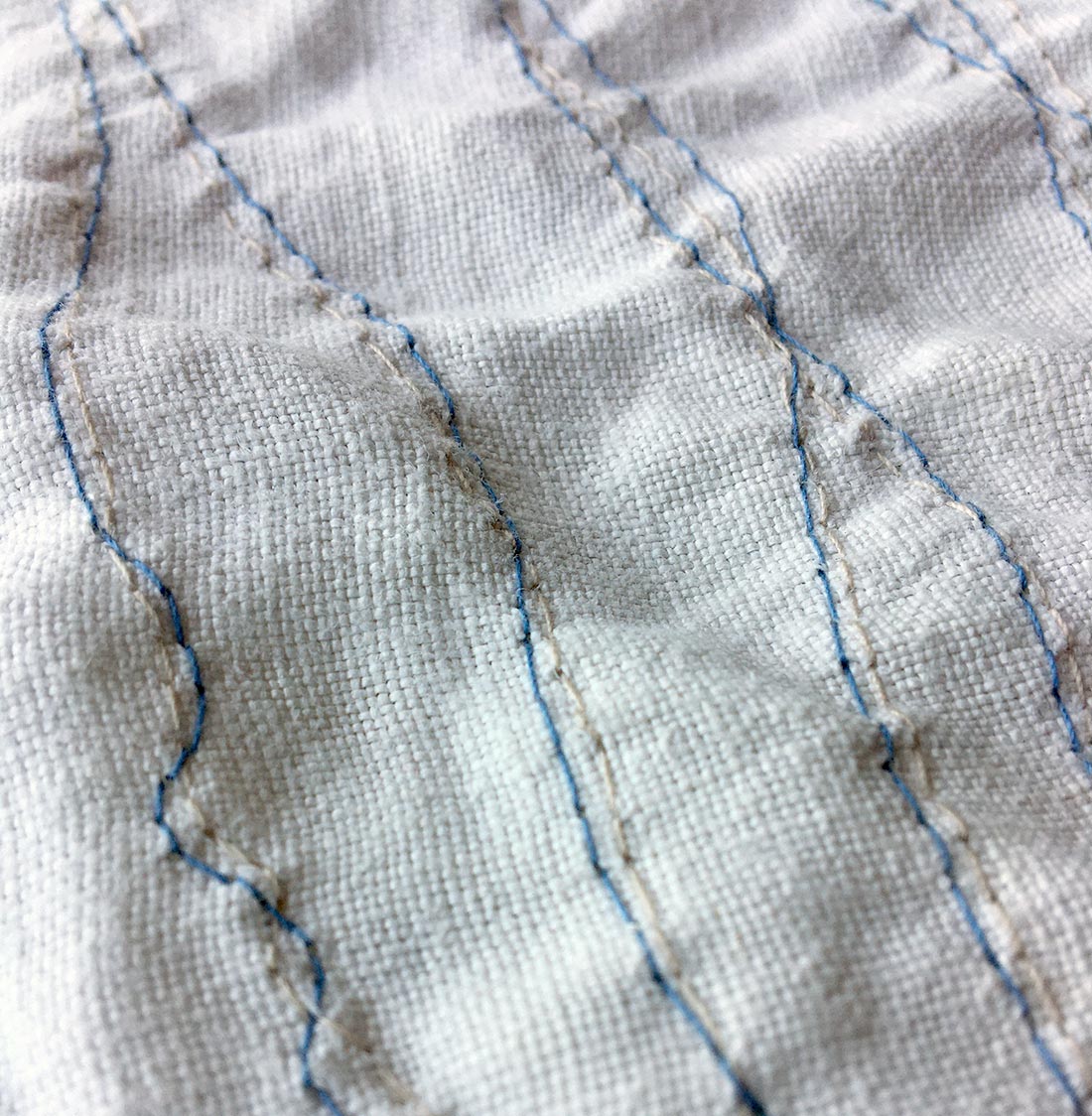 I don’t think I’ll do this experiment again: I went crazy with that very light thread, I don’t know if you can see it in the photos but following the pencil with such a light color is really complicated, especially with the sudden changes in vision that I’m experiencing lately. Last I will pass the white, which will be exaggerated and backstitched, as usual. 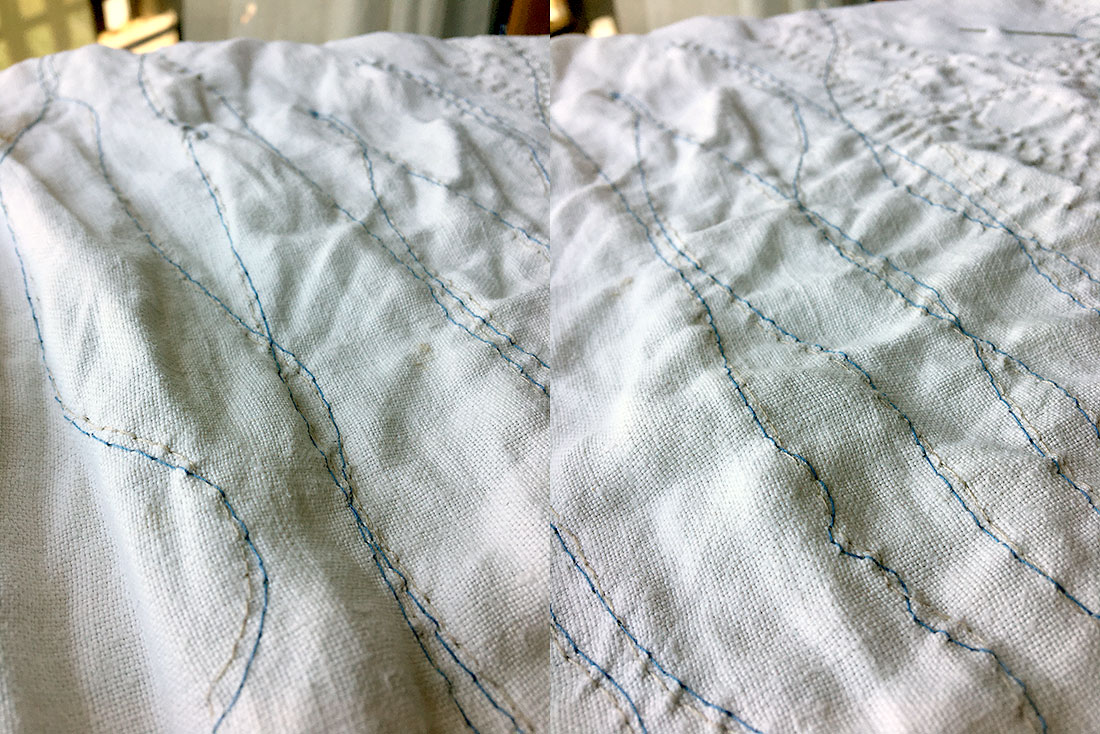 Now I’m popping out onto the patio to rearrange branches and twigs of the catalpa by type, cramming them into wooden boxes and imagining them burning in the fireplace this winter. Still after twelve years, it doesn’t seem true to me that I own a tree, a real tree, as tall as a mountain, full of leaves and able to make flowers that stun, from the scent they have. I breathe it too, the ivy climbing over it and the wild strawberries growing around it.