The second embroidery, younger brother of “Nube”, started in May 2018. This too was completely pulled out and embroidered from the beginning, for the same reasons as Nube, and for this I also used the round frame. It took me many months to finish it, mainly because of the large format, but also because I redone the spirals a hundred times because the curved lines never seemed fluid enough; often they had something square that didn’t convince me. Like Cloud, Vento is taken from an old pen drawing on pen on cardboard, variously revisited.

The linen towel is part of the same set as that of Nube, also here the S is embroidered in cross stitch in blue; it measures approximately 152 centimeters in length (excluding the fringes) by 76 in width. 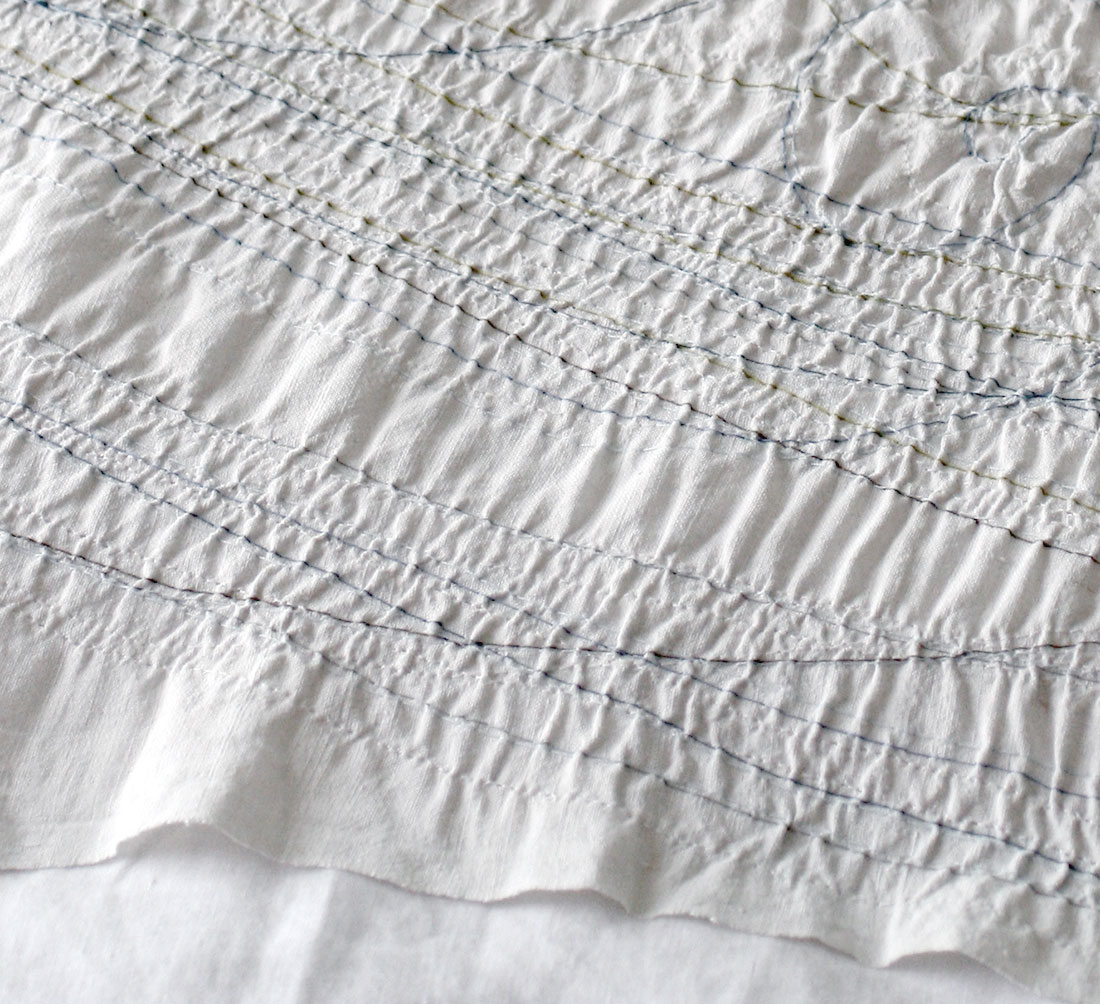 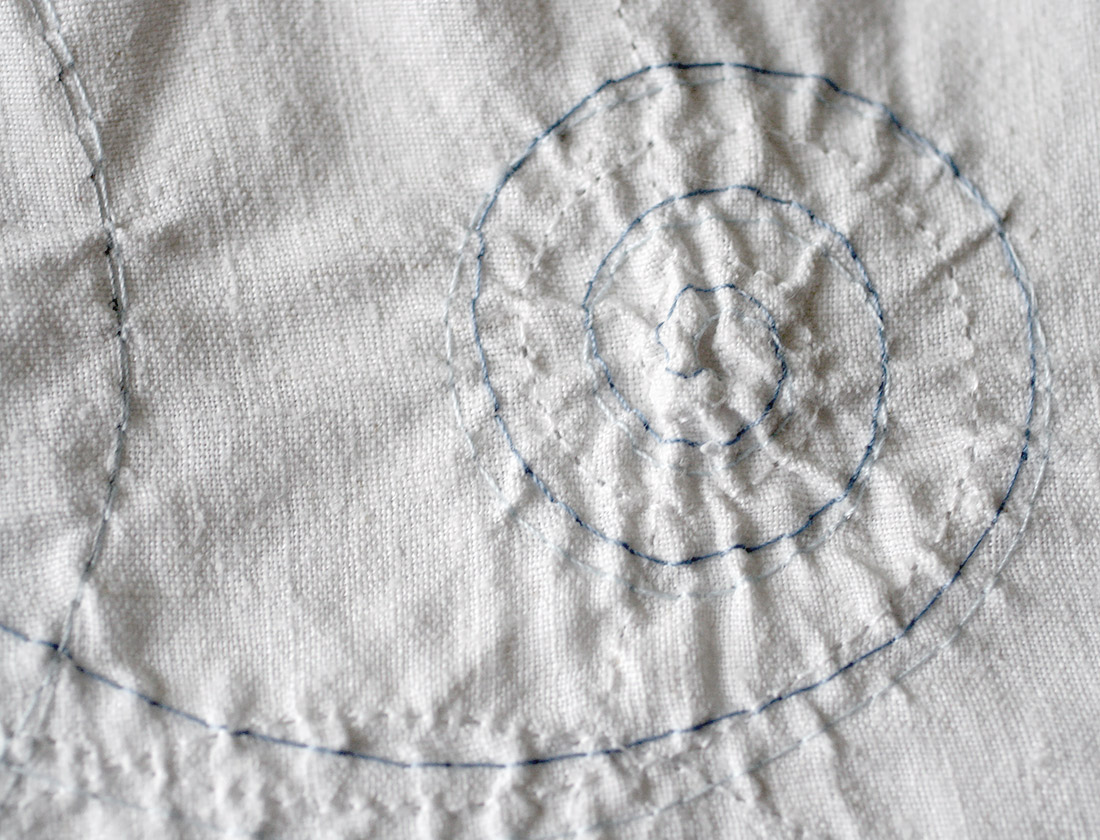 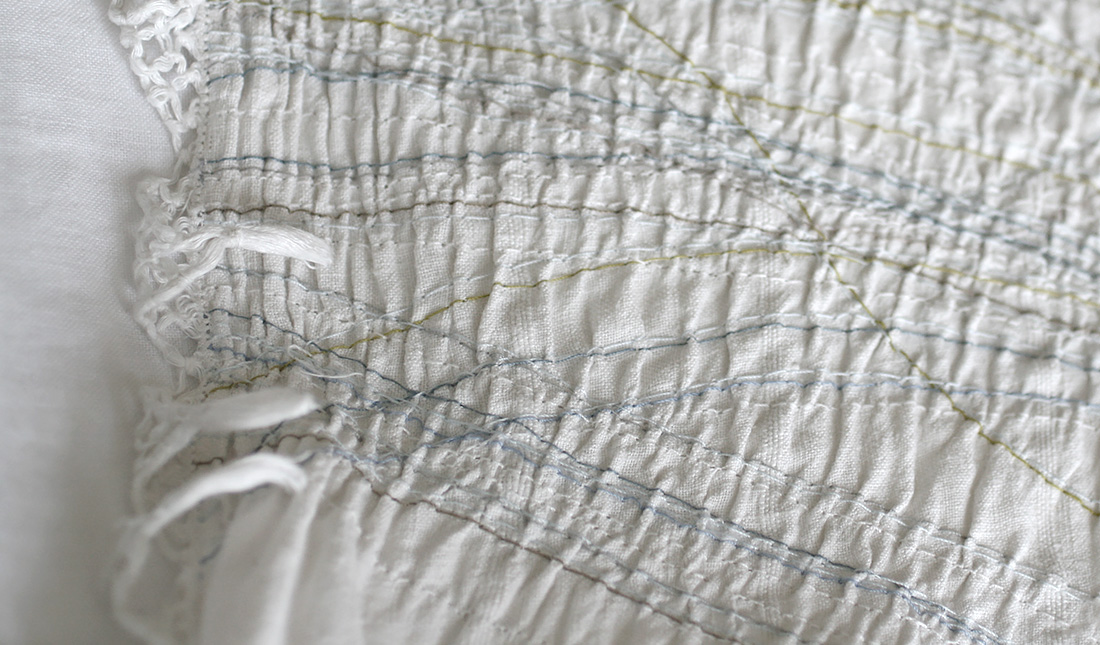 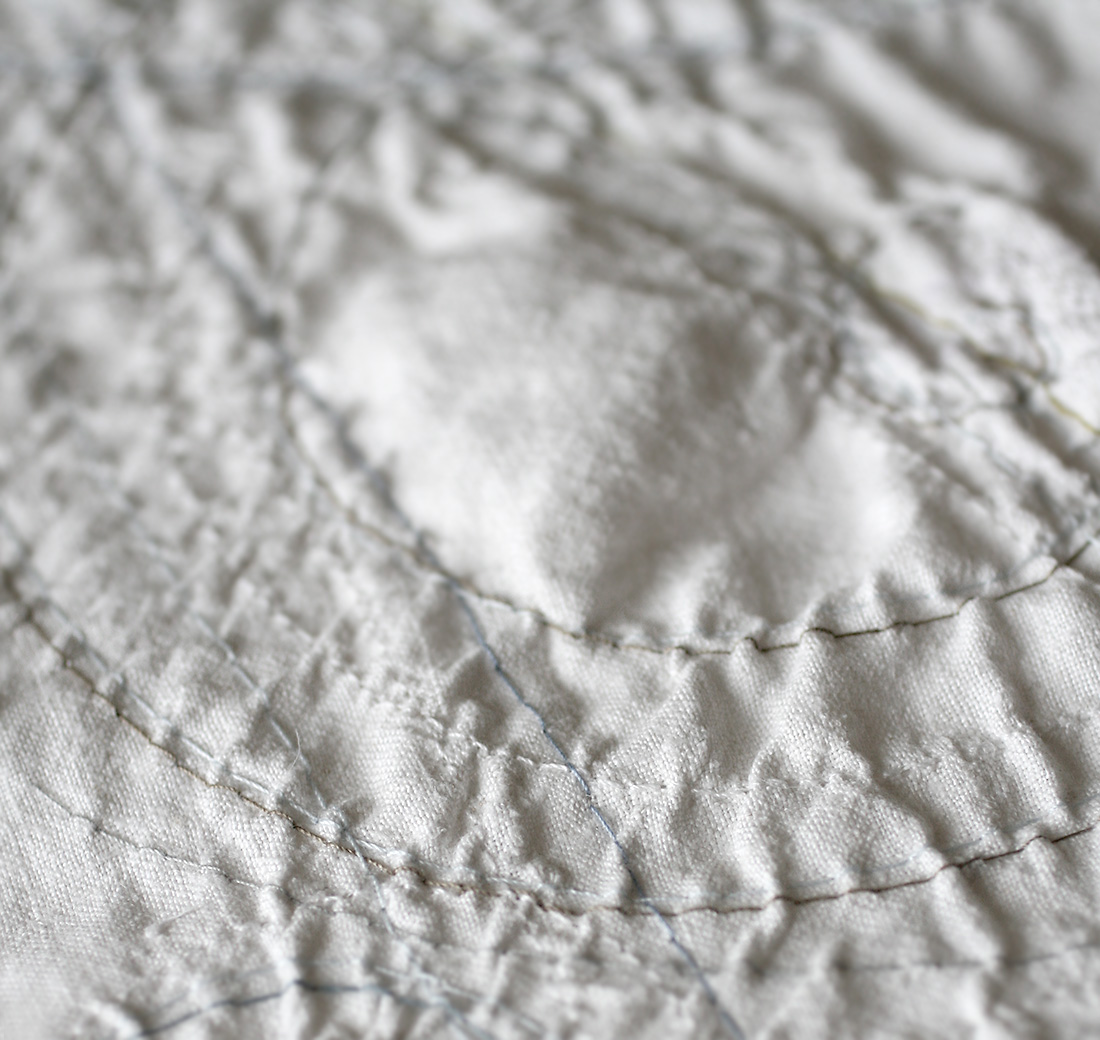 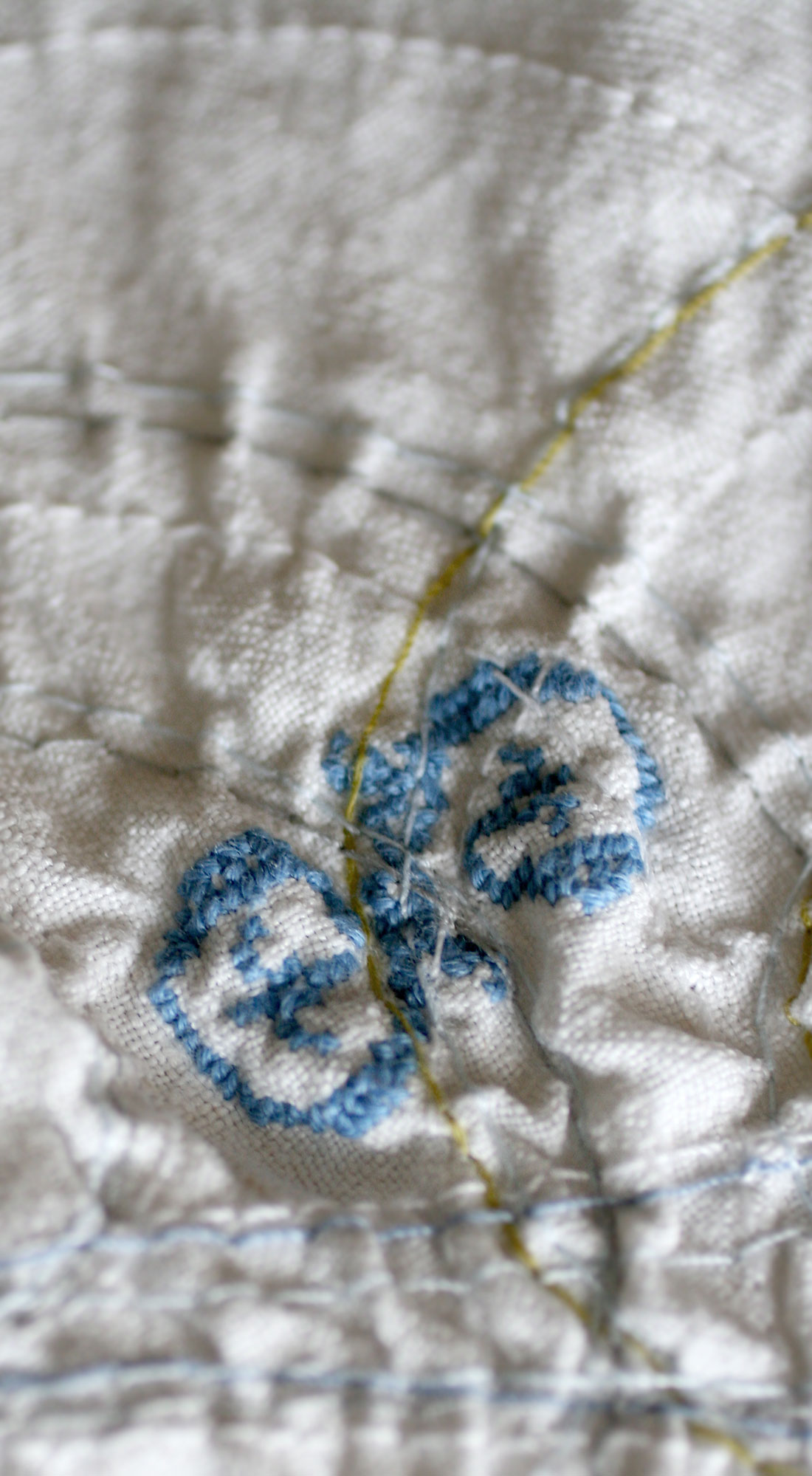 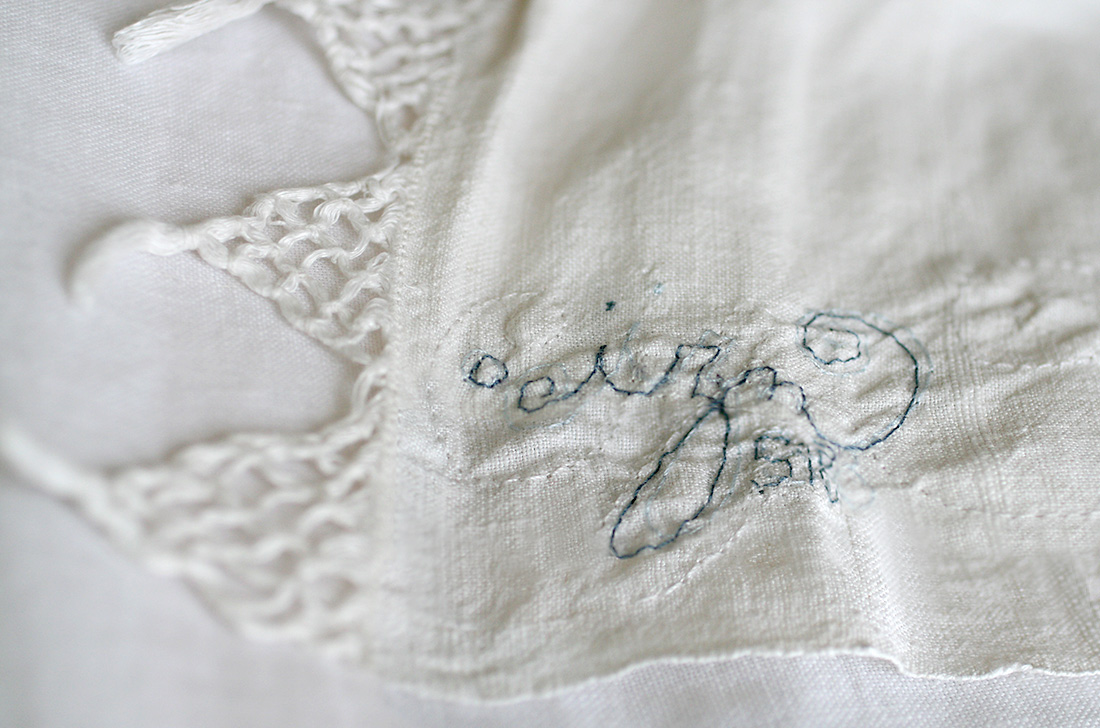 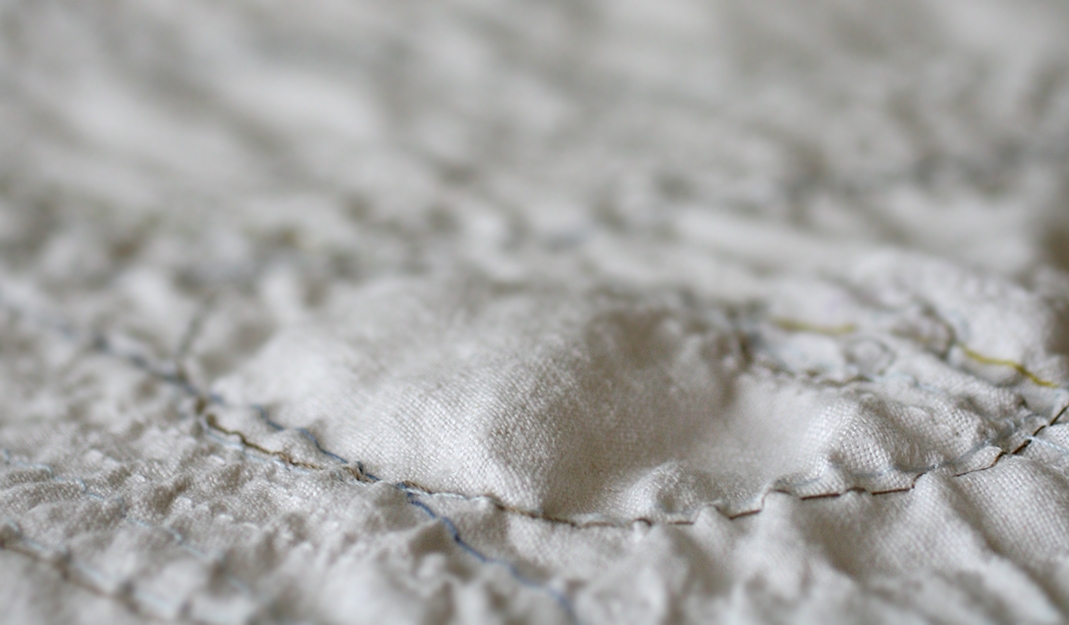 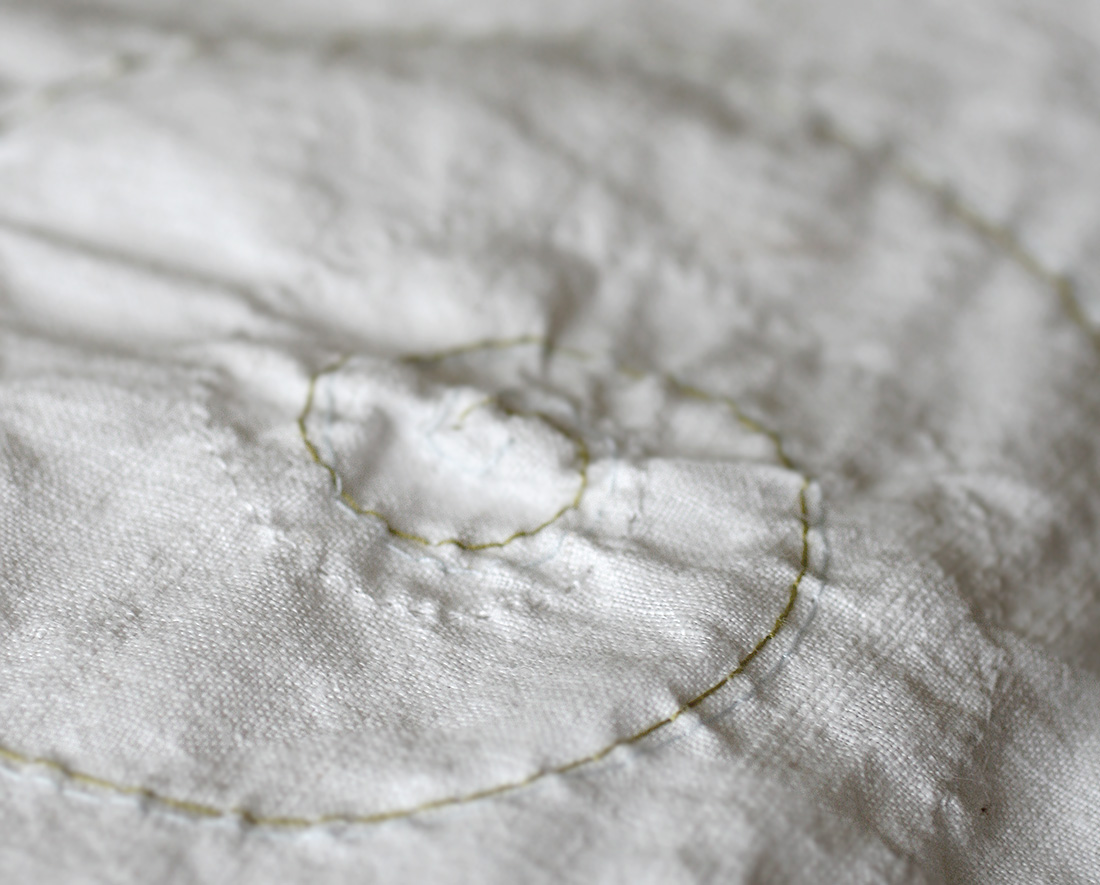 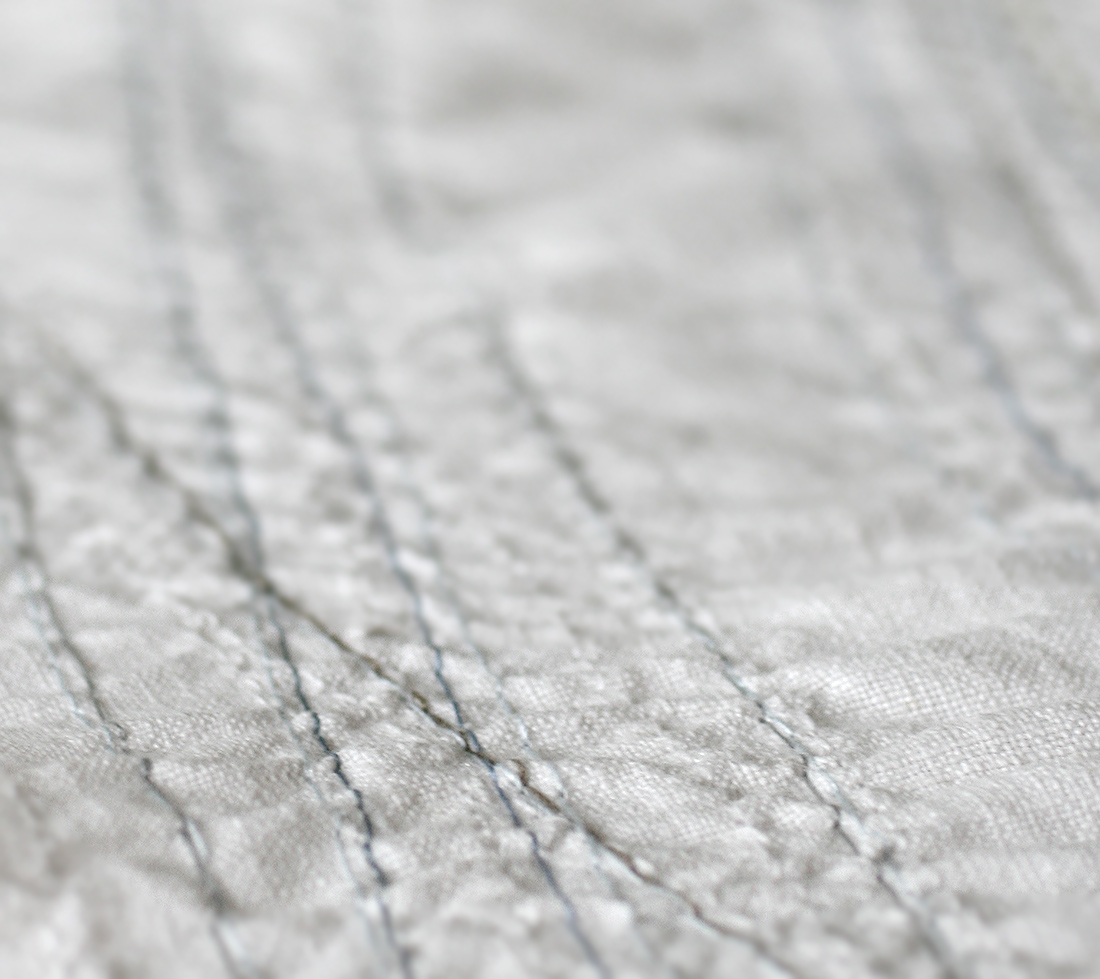 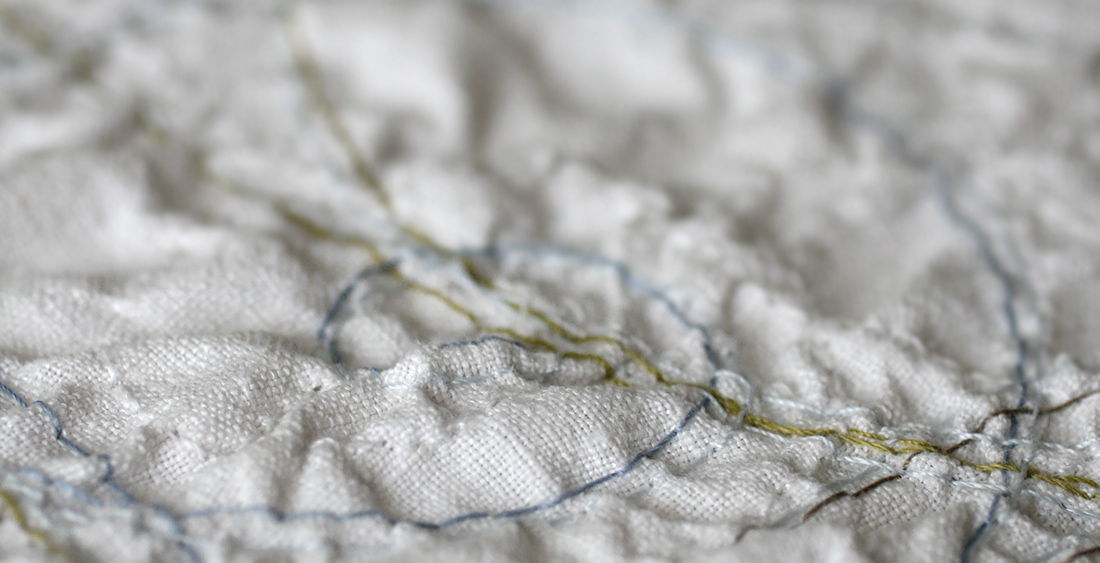