The first “real” embroidery, after the first phase of the parannances, in which, knowing no stitch, I limited myself to sewing dotted lines. Started in March 2018 and put aside for a few months after the first thread, I took it up again when I started buying organic cotton threads and I started again from the beginning, pulling one by one all the previous threads, which seemed to me too colorful and coarse, and going over with the new ones. It took maybe 8 or 9 months to finish it, and I had to use a very large round wooden frame to not have too shaky a stretch. The drawing is taken from my illustration in ballpoint pen on cardboard, a little revisited.

The linen towel is part of a trousseau of a noble family from Castelvetro, in Romagna, whose initial is an S, which is embroidered in cross stitch in blue; it measures approximately 153 centimeters in length (excluding the fringes) by 75 in width. 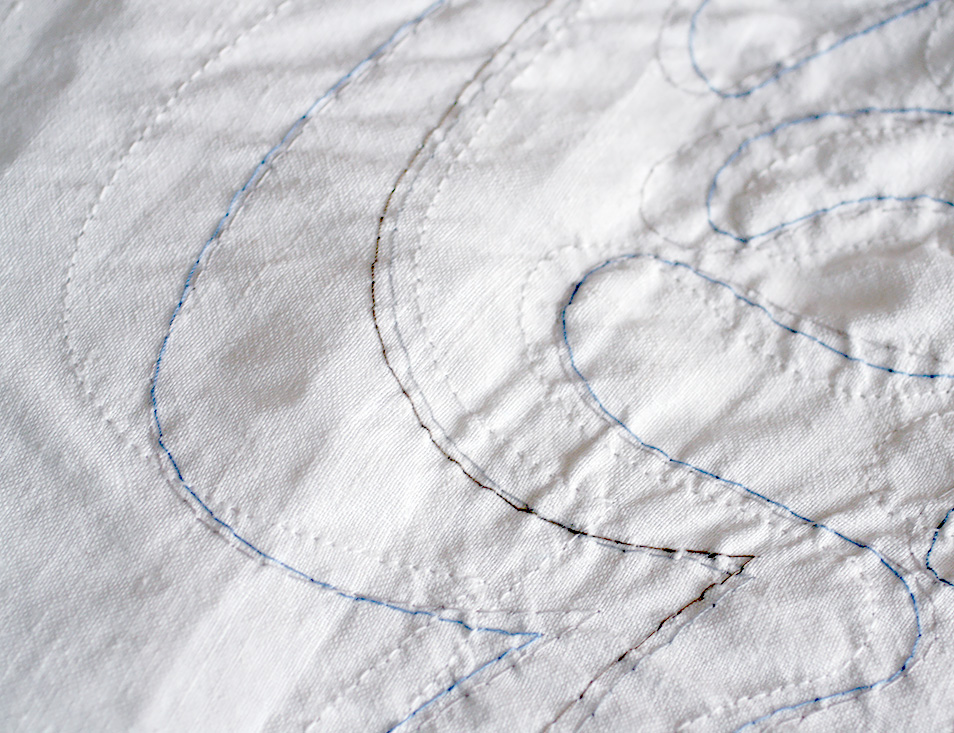 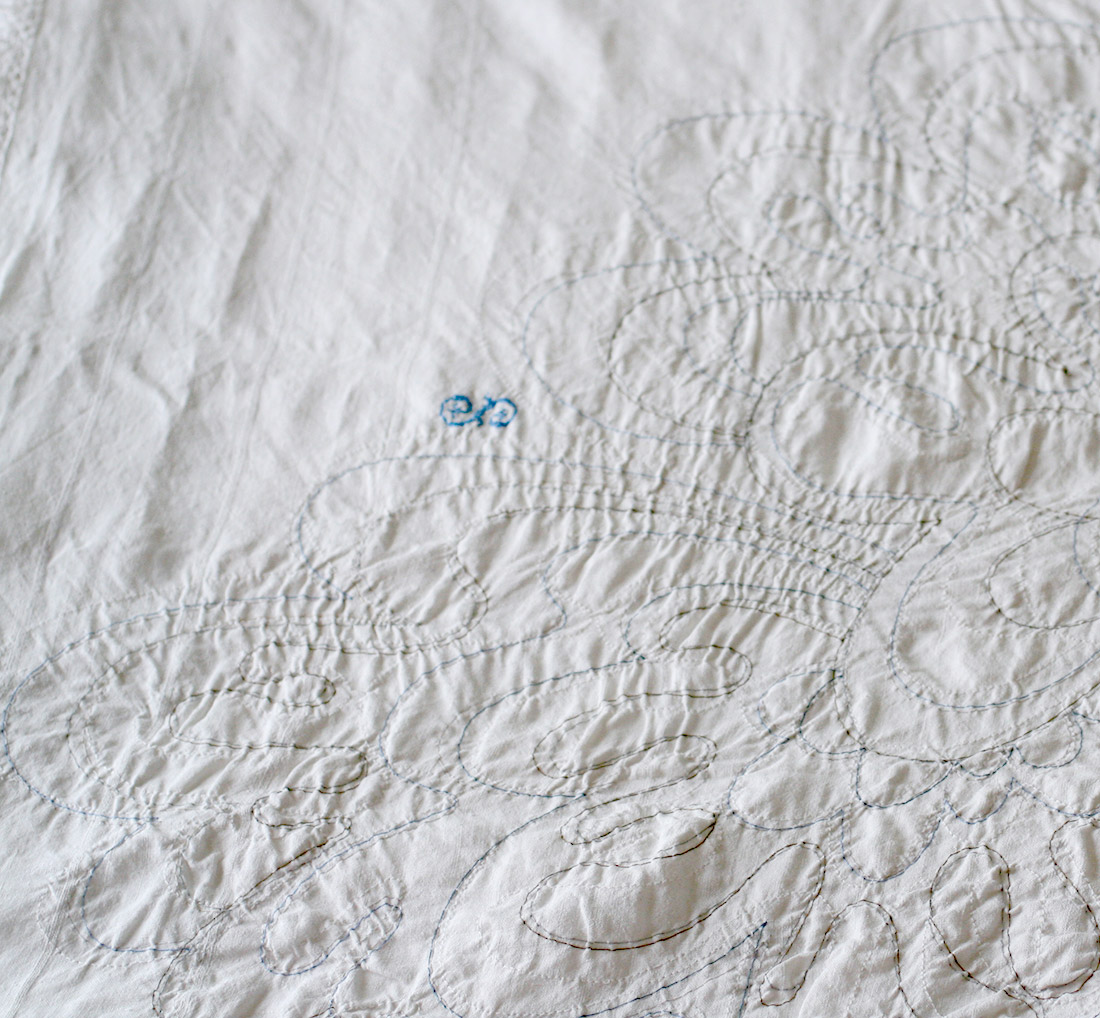 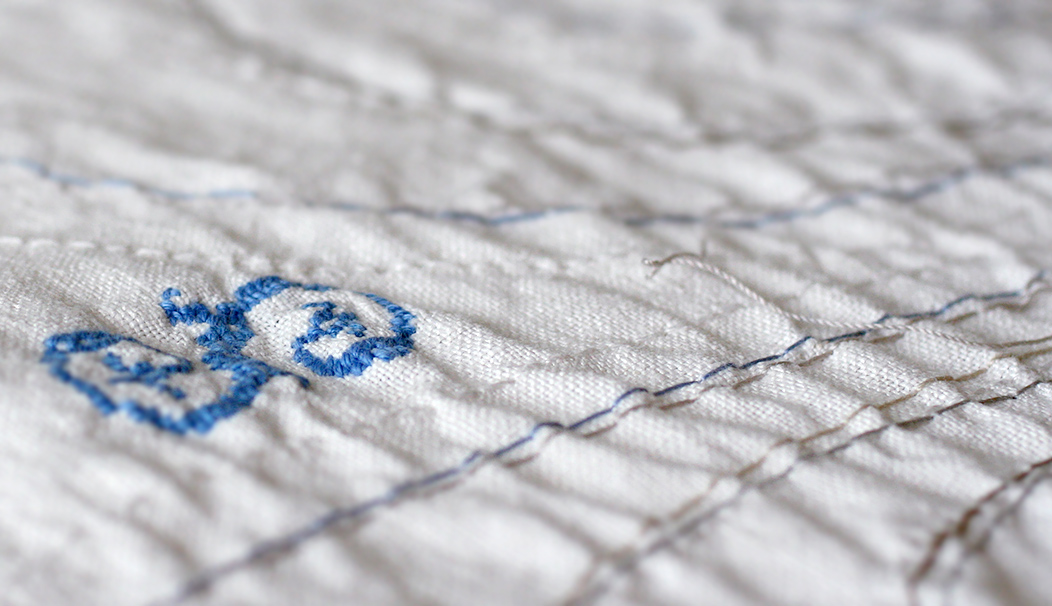 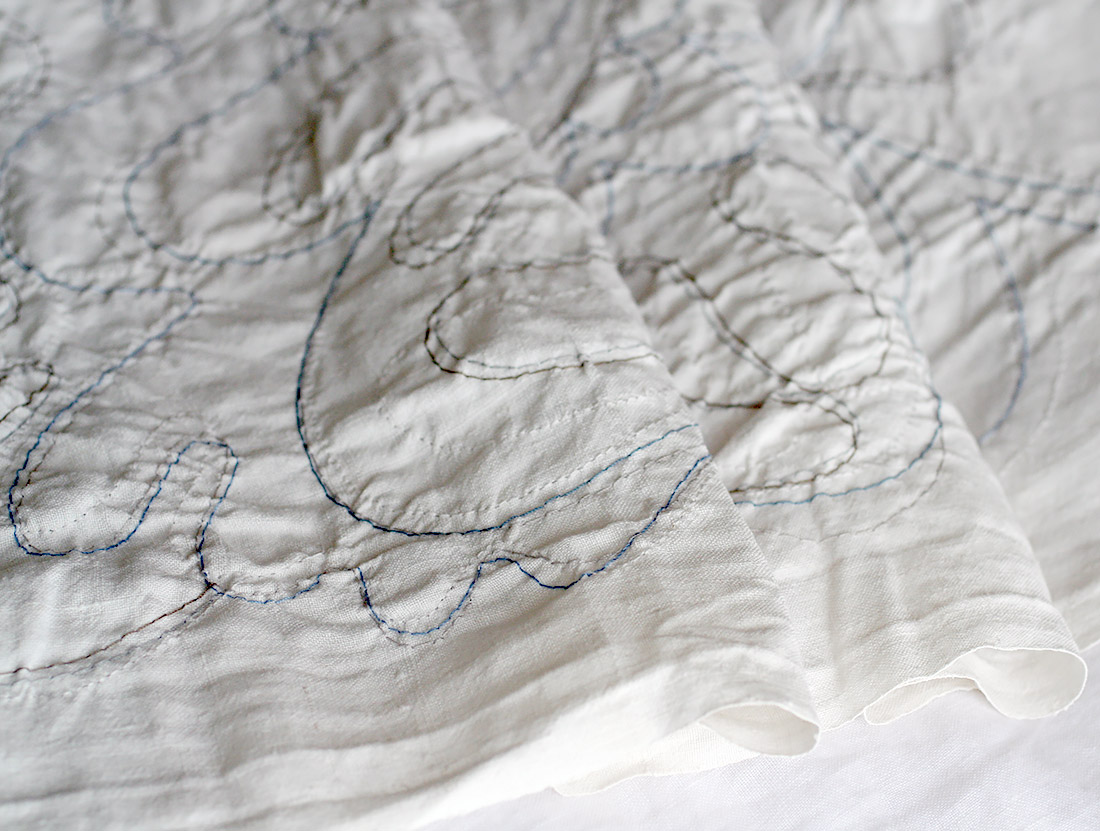 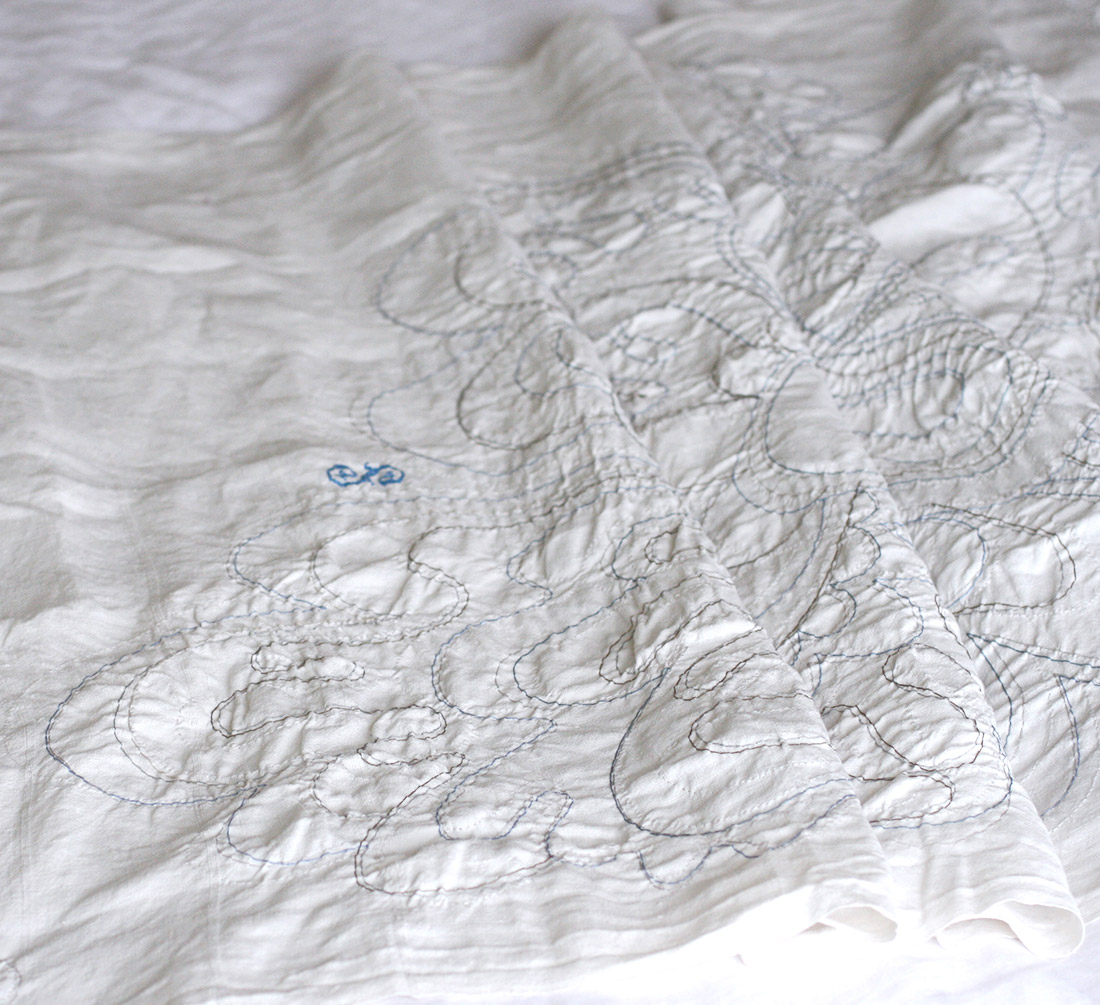 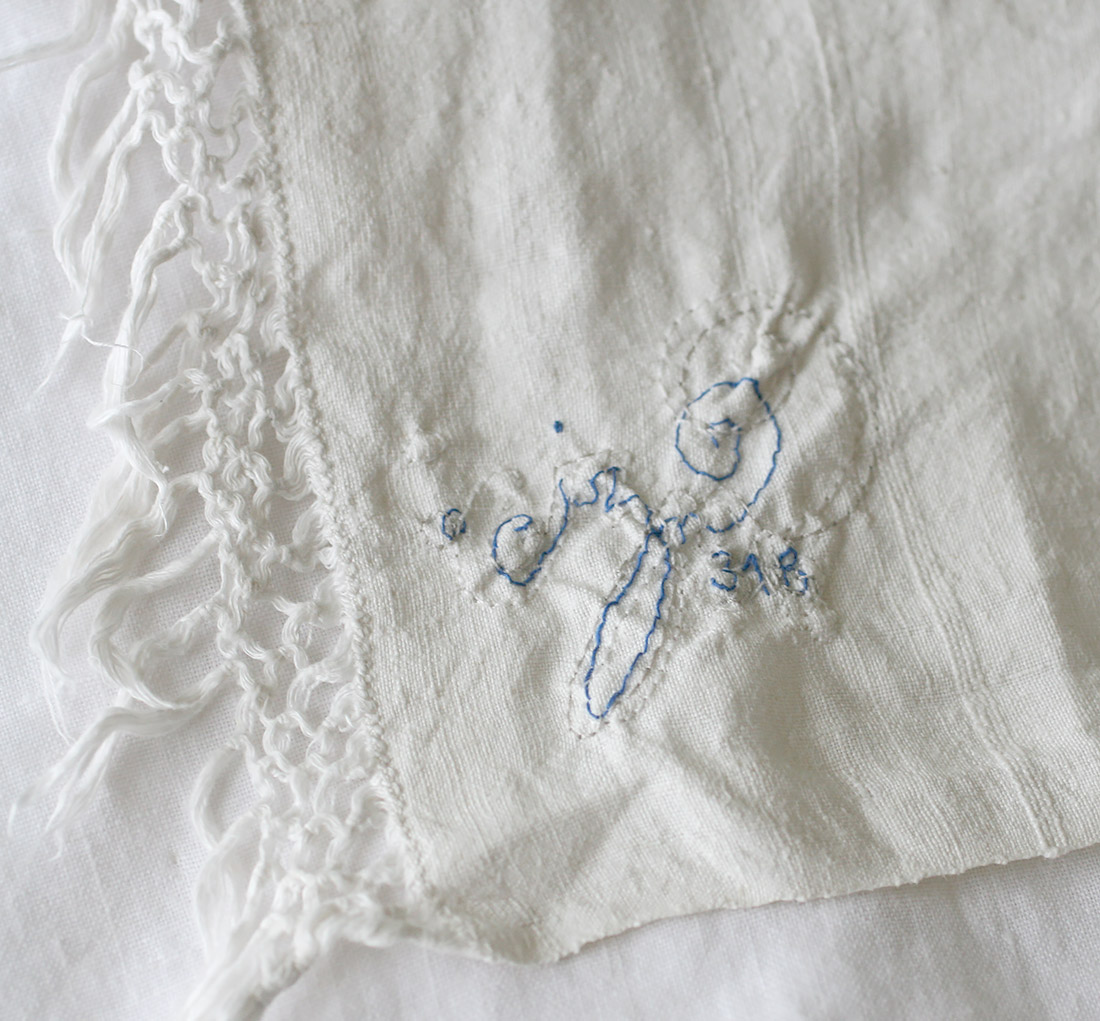 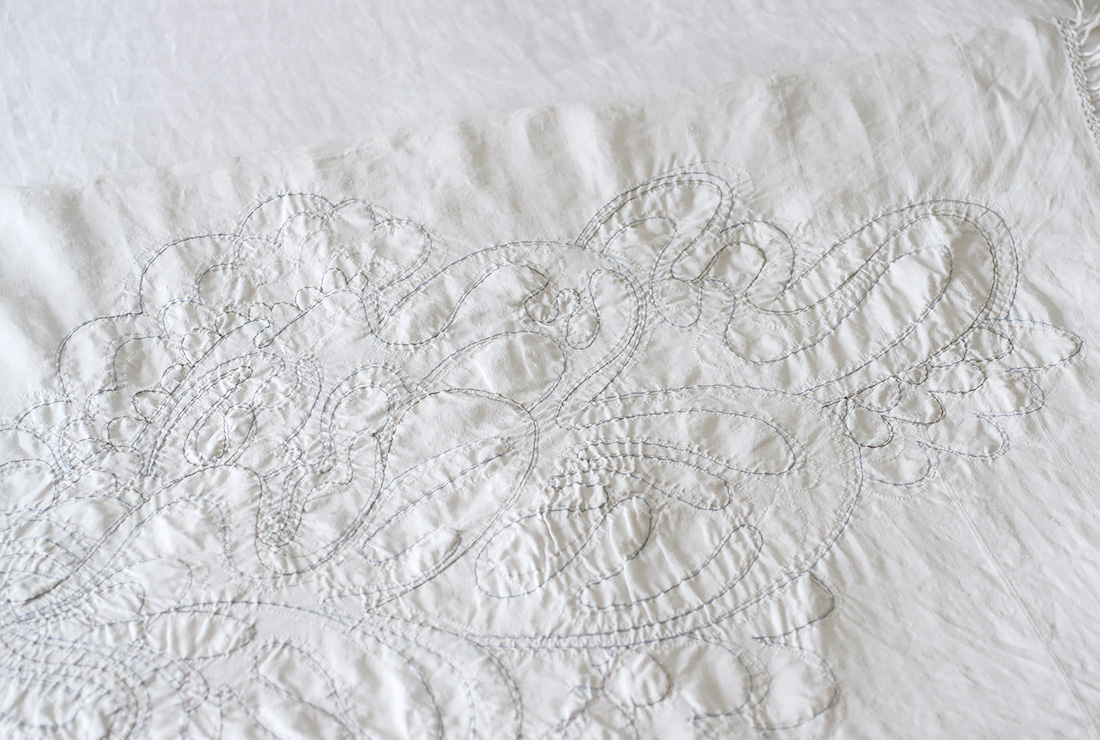