The charm of transience

In this period of forced imprisonment, which doesn’t bother me at all because I love being on my own, and indeed in the next life I am reborn librarian or cloistered nun or hermit, I am working on the fourth piece, after Vento, Nube e Fluire. 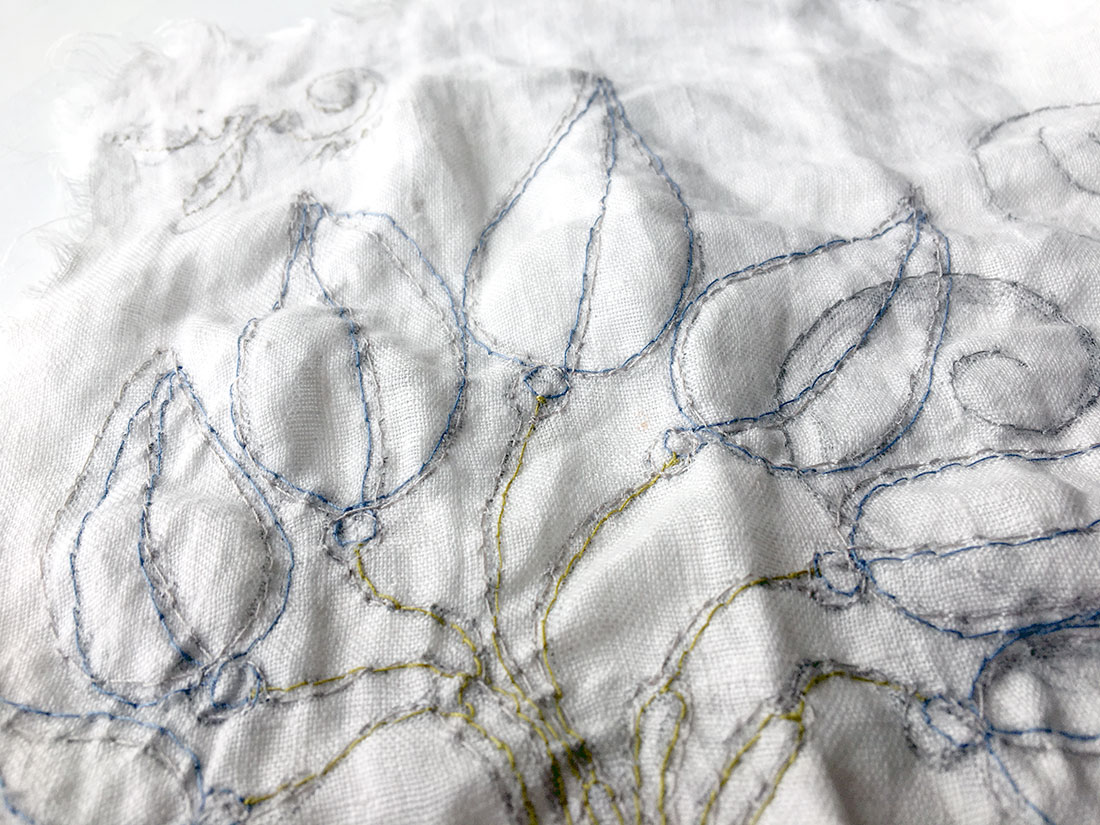 Compared to other fabrics, and in particular to that of Fluire, which is made from a very thick and rustic cotton kit, this has completely different characteristics; it is part of an old linen sheet, very threadbare, almost impalpable. As much as you try to be very delicate, when the needle passes it creates holes that look like chasms. Despite this, the tangle of threads seems to hold the fabric together, at least at the worst, strengthening and piercing it at the same time. 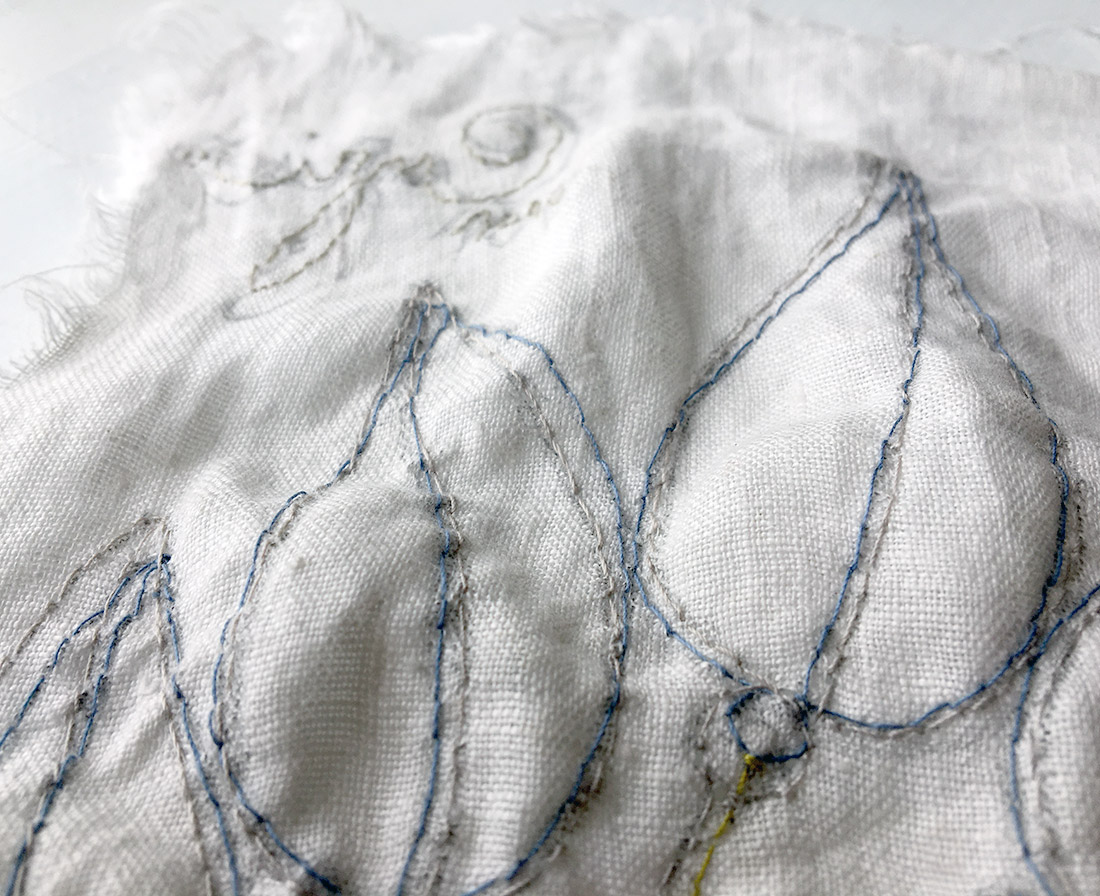 I love feeling under my fingers this semitransparent veil woven with strong, fragile and tenacious threads. Whenever the pencil becomes too intrusive and prevents me from following the drawing properly I am forced to wash it away, and I am always afraid that the passage in the washing machine will completely undo it given the edges, already heavily frayed.

All the fabrics, after washing and exposure to the sun on my terrace – rigorously suspended on a hemp rope with wooden clothespins – become more rigid, and almost take on the consistency of the paper, which I obviously love as a good graphic designer. Then handling them they become more and more soft and yielding, and more and more difficult to embroider. 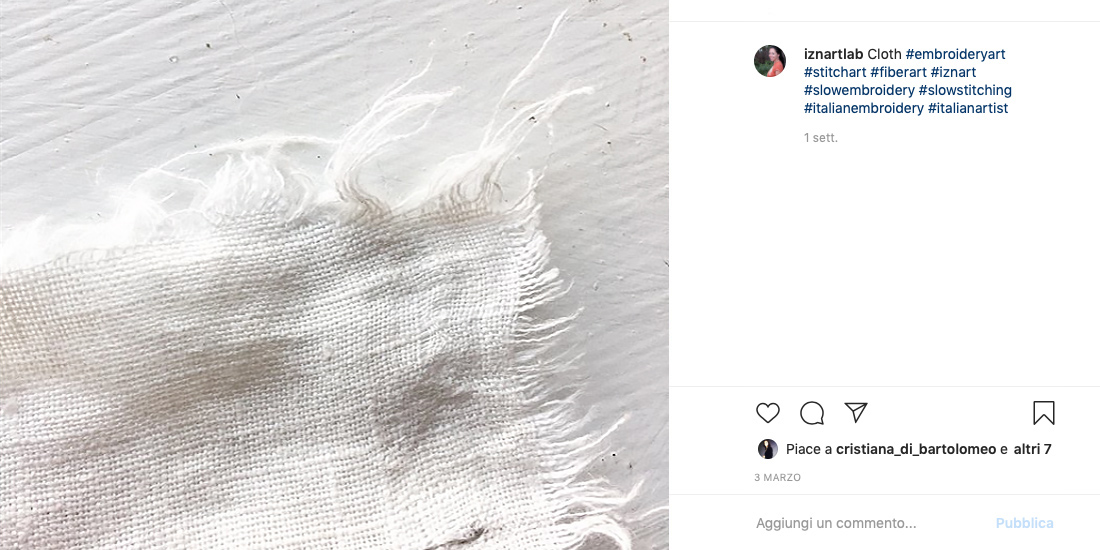 The softer and more inconsistent they are, the more complicated it is to follow the pencil trace; when I insert them in the frame they give the impression of being torn in my hands at any moment; if I stretch them too much, the design deforms and then when I dismantle them, the embroidery is all wrong; if I tend too little they form waves, in short, but who is it that wants to deal with simple and linear situations? I definitely don’t. Everything that is twisted and different attracts me like a magnet. 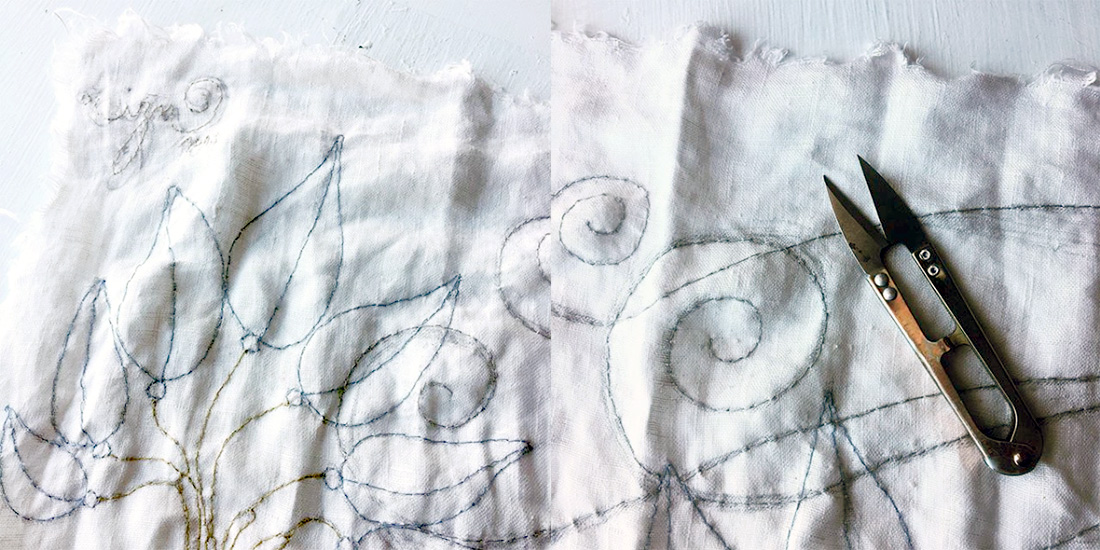 A very nice aspect of the smaller embroideries is that I can carry them around (or rather I could carry them around when you could still leave the house :-D). For example, I brought this to the Maxxi in late February, perhaps the last time I went out, almost a month ago now. I have the curious belief that the energy of the places where I am is intertwined in embroidery and magically permeated it, making it richer and wiser. 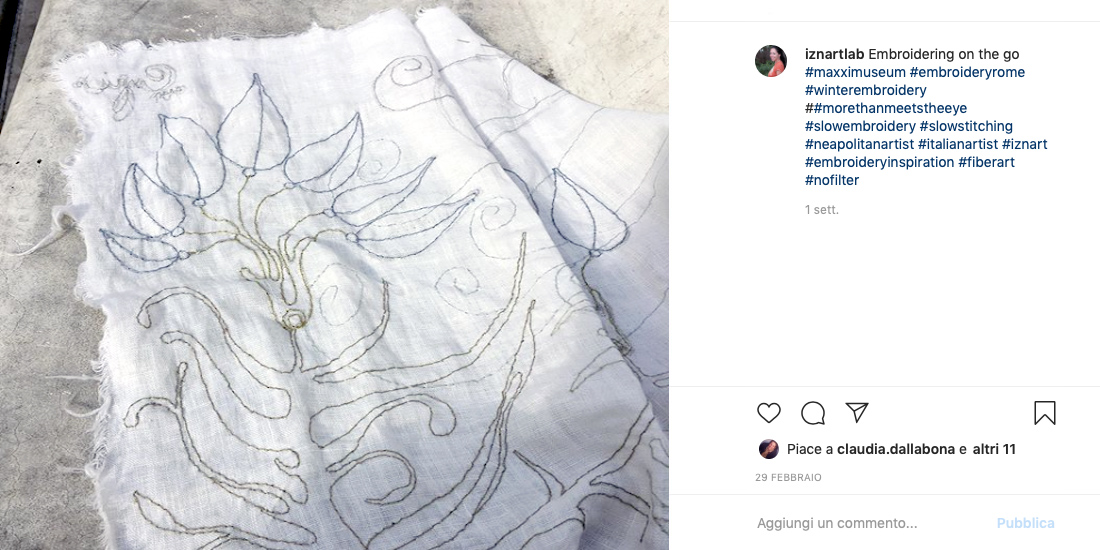 I am reflecting a lot on the fact that I would like the embroidery once exposed to be touched as well as observed, and maybe smelled. I could use a shade of natural essential oil that somehow recalls the feeling I have, such as that of helichrysum for Flow or Wind. I like the idea of ​​creating something multisensory, only in this way I would not like to indicate one direction rather than another; as I have already written, I conceive a work of art as a mirror, in which everyone sees himself. 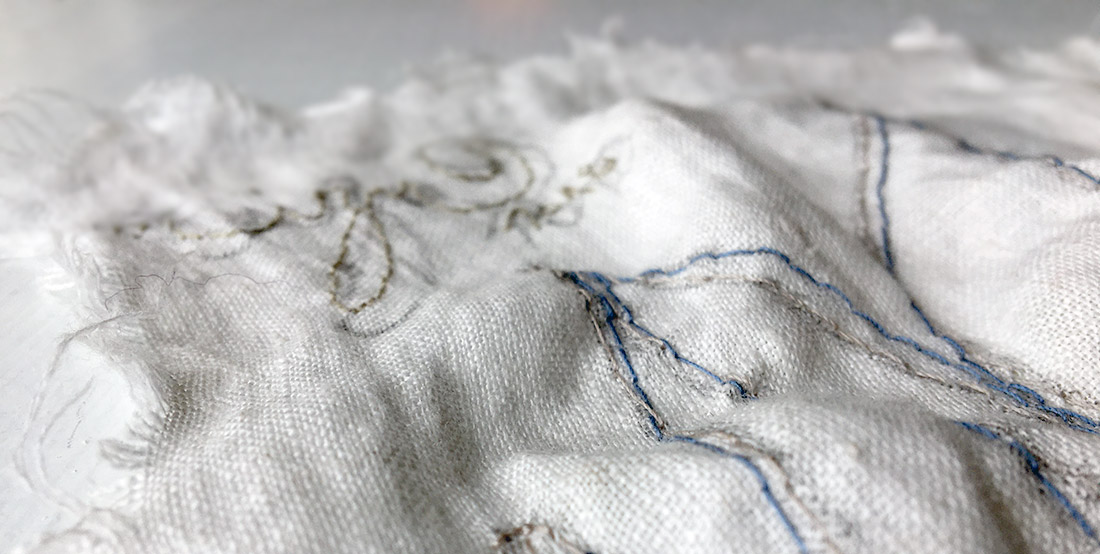 I also have another work in progress, more abstract and linear than all the others, on a cloth full of small tears; when the threads pass over the holes they look like small colored bridges suspended in nothingness. I am reminded of those people who desperately try to keep it all together as their world crumbles, and bring out an unexpected and inspiring force. It is for them that I live, for those who spend their existence giving it a meaning, fighting if necessary for what they believe in, and inevitably remaining on the margins of the large group of more fragile and delicate people, who prefer to follow paths already beaten or rely on the dictates that come from above, from various and possible types of high.

My heart is close to the men and women for whom honor, consistency, courage, the word given, trust, sincerity and generosity, loyalty, are values ​​that come before anything else. This I would like my embroidered illustrations to convey to those who touch them, smell them, look at them.